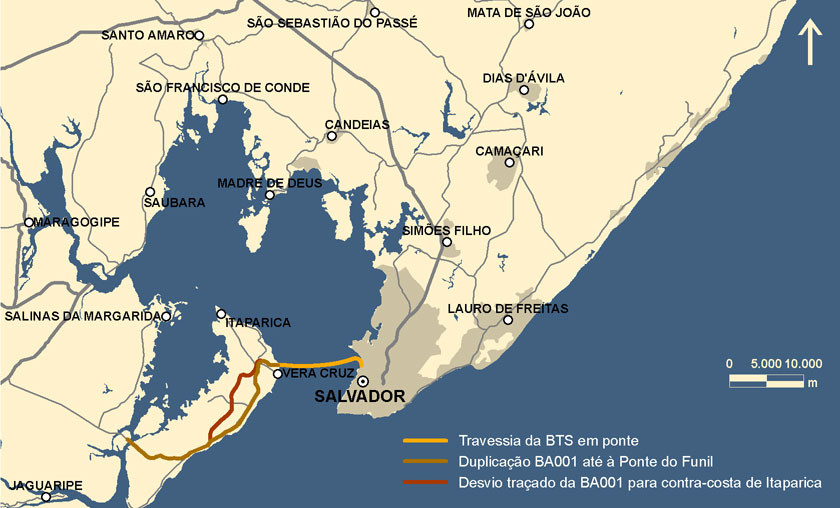 One of the biggest studies ever performed by a Portuguese company, the partnership between Nemus and V&S Ambiental won the international contest for the development of the environmental studies concerning the crossing system between Salvador and Itaparica’s Island through a bridge over Todos-os-Santos Bay.

This road system consists on the construction of a bridge with circa 12km and the road accesses between the island and Salvador, the redefinition of Itaparica’s layout, the duplication of the existing western bridge, as well as the construction and requalification of the road connections to the Western Road System. The new bridge between Salvador and Itaparica will be the second longest bridge in South America and the World’s twenty-third longest.

The project by Nemus and V&S Ambiental, which includes extensive data collection campaigns and public hearings, should be concluded in the second semester of 2014.